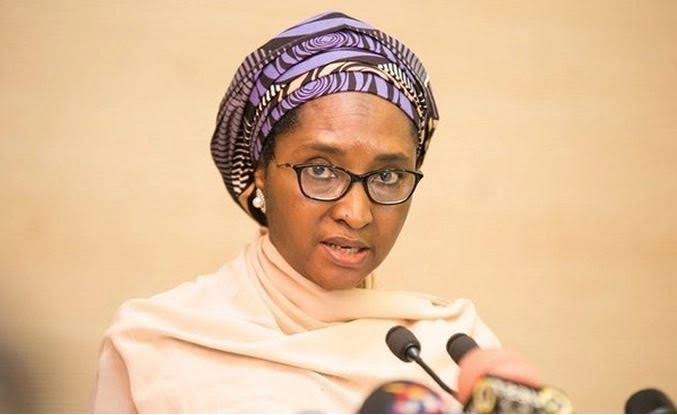 At least 172 companies may not benefit from about N2.4tn tax waivers under the Pioneer Status Incentive and other tax exemptions as the Federal Government moves to phase out some tax waivers effective 2022, findings by The PUNCH have shown.

The Federal Government is phasing out the tax exemptions for mature industries with the 2022 Finance Bill, which President, Major General Muhammadu Buhari (retd.), has sent to the National Assembly.

The Minister of Finance, Budget and National Planning, Zainab Ahmed, said the bill was designed to support the implementation of the 2023 budget as the government steps up efforts to grow tax revenue.

The latest move by the government will also affect companies operating in 71 industries or sectors that are eligible for Pioneer Status Incentive. The sectors include manufacturing, solid material, pharmaceuticals, information and communication, trade, construction, waste management, electricity and gas supply, tourism, and infrastructure.

According to the second quarter PSI report released by the Nigeria Investment Promotion Commission, the 172 companies are awaiting approval to become beneficiaries of the tax incentive.

The pioneer status is an incentive offered by the Federal Government, which exempts companies from paying income tax for a certain period. This tax exemption can be full or partial.

Offered under the Industrial Development Income Tax Act with tax reliefs for a three-year period, the incentive is generally regarded as an industrial measure aimed at stimulating investments in the economy.

The products or companies eligible for this pioneer status are those that do not already exist in the country.

The Q2 2022 report by the NIPC further disclosed that there were about 71 beneficiaries of this tax incentive, which operate in sectors that include manufacturing, solid material, pharmaceuticals, information and communication, trade, construction, waste management, electricity and gas supply, tourism, infrastructure, among others.

However, many companies may not be able to benefit as the Federal Government plans to phase out the pioneer tax incentive.

The PUNCH recently reported that the Federal Government plans to introduce more sin taxes and cut down on tax incentives in 2023 through the proposed 2022 Finance Bill.

This was according to a copy of the public presentation of the 2023 proposed budget by the Minister of Finance, Budget and National Planning, Dr Zainab Ahmed, released recently.

She said, “The purpose of the tax equity reforms is to combat tax evasion and aggressive tax planning practices that some companies operating in Nigeria are involved in but also enabling the utilisation of ICT tools and using international best practice to assess taxpayers tax on a fair and reasonable basis.

“The climate change green growth focus will complement non-fiscal reforms that are designed to reduce greenhouse emissions and also to facilitate domestic and international investment in climate adaptation, as well as mitigation and also to enhance green growth and create jobs.

“The third focus area, job creation and economic growth is also designed to complement the ease of doing business and other reforms to support capital formation by the private sector as well as to foster enabling business environments for micro, small and medium enterprises for youth as well as women in businesses. It will also help to enhance the performance of businesses that are in the fintech, the ICT, entertainment, fashion, sports as well as the art space.”

“The fourth tax incentive is to phase out antiquated pioneer, and other tax incentives for mature industries and moving a revised set of incentives for real infant industries. Through economic governance reforms we have also made proposals to reduce tax expenditure, which is equivalent to foregone revenue to support fiscal space. It is also based on statistics to gradually transition away from expensive and redundant tax incentives to incentives that are rewarding performance.

“The fifth focus area is revenue generation and tax administration is to complement the ease of doing business and other reforms that enhance tax administration as well as to introduce targeted fiscal and non-fiscal reforms to amend, address and cure defects in existing tax and non-tax laws and regulations.”

Ahmed said the bill, when passed into law, would amend a number of fiscal laws in Nigeria.

The Federal Government had initially projected that it would forgo N2.4tn in revenue to the company income tax relief between 2022 and 2024. However, the latest development means the government may stop the various tax incentives in line with the provisions of the Finance Bill.

The N2.4tn tax projection was contained in the tax expenditure statement in the Medium-Term Expenditure and Fiscal Strategy Paper 2023 – 2025 available on the website of the Budget Office of the Federation.

The PUNCH recently reported that the Federal Government recorded N16.76tn foregone revenue to tax reliefs and concessions given to large companies between 2019 and 2021.

In the TES report for 2019, it was stated that the Federal Government had forgone revenue of N4.2tn from two main sources, CIT and VAT.

For CIT, the estimated amount of revenue forgone was N1.1tn while N3.1tn was for VAT.

The TES report read, “The most significant conclusion is the large size of Nigeria’s revenue forgone from just two of the main taxes, i.e., CIT and VAT. Nigeria’s non-oil revenue potential is at least twice its current collections.

According to the TES report, the figure for revenue foregone would likely exceed N4.2tn if there were sufficient data, especially from Customs Duty, Excises, PPT, Personal Income Tax and concessions under the Oil and Gas Zones legislation.

By 2020, the figure rose to N5.8tn, with majority of it coming from revenue forgone under VAT. A breakdown showed that N4.3tn was forgone under VAT; N457bn under CIT; N307bn under PPT, and N780bn under customs duty.

It was also noted that five countries accounted for about 86 per cent of total customs relief, with China accounting for nearly two-thirds of total relief granted. Netherlands, Togo, Benin and India were the other top sources of supplies benefitting from the reliefs.

For the three-year period, therefore, the Federal Government had to forgo a total of N16.79tn in tax reliefs, Customs duty waivers and concessions, according to an earlier analysis by The PUNCH.

However, economic experts have stressed the role of tax waivers in driving economic growth but questioned the transparency and objective rate of the Federal Government in granting tax waivers.

Reacting to this, the Managing Director/Chief Executive Officer of Cowry Asset Management Limited, Mr Johnson Chukwu, said that introducing new taxes and cutting down some tax incentives might negatively affect manufacturers and consumers in Nigeria.

He said, “We could see a situation where the manufacturers are unable to pass on those costs and absorb the costs, which will reduce their profitability and even the appetite for further investments. If they are able to pass those costs to consumers, this will be a difficult situation because of the existing weak purchasing power.”

Speaking recently with The PUNCH, the Chief Executive Officer, Centre for the Promotion of Private Enterprise, Dr Muda Yusuf, also noted that there was nothing wrong with waivers if they were in line with tax policies.

He noted that tax incentives were necessary to encourage investment and the establishment of some pioneer businesses.

He said, “The whole idea of incentives is to grow the economy. When you are growing the economy, you are not only looking at revenue, you are looking at employment and multiplier effects. In the medium to long term, you will get this revenue by the time you are able to grow these investments. It is inappropriate to see it as revenue loss unless the incentive policy itself is discriminatory.”

He stressed that the process should be transparent and seen as an effort by the government to grow the economy.

He said, “Tax incentives are not necessarily bad. They can be applied in a manner that benefits the overall economy by encouraging investments in critical areas.

“However, incentives must be properly designed and targeted to be meaningful while the government must periodically review incentive schemes to ensure they are still relevant and provide value for money. For instance, the N16tn tax for the last three years includes VAT exemption on basic food items which is necessary given the level of poverty and rising food inflation.”

He further urged the government to close the non-compliance gap, leverage technology and tax intelligence while ensuring tax harmonisation to boost tax revenue.

“To improve revenue from taxation, the government needs to focus on closing the non-compliance gap, leverage on technology and tax intelligence, while ensuring tax harmonisation both in terms of reducing multiple agencies to a single revenue agency per level of government as well as harmonising multiplicity of taxes,” Oyedele added.

Reacting, the Director-General of the Nigerian Association of Chambers of Commerce, Industry, Mines, and Agriculture, acknowledged that tax reliefs are necessary to boost investments in the private sector, but noted that the economic reality in the country has inevitably affected the government’s capacity to grant tax reliefs to business entities.

He said, “We will always want to support our members, but we know that the government is in a precarious situation also. The government has cried out that there are dwindling resources. Even though we are advising that there should be more fiscal discipline so that whatever comes in can be judiciously appropriated.”