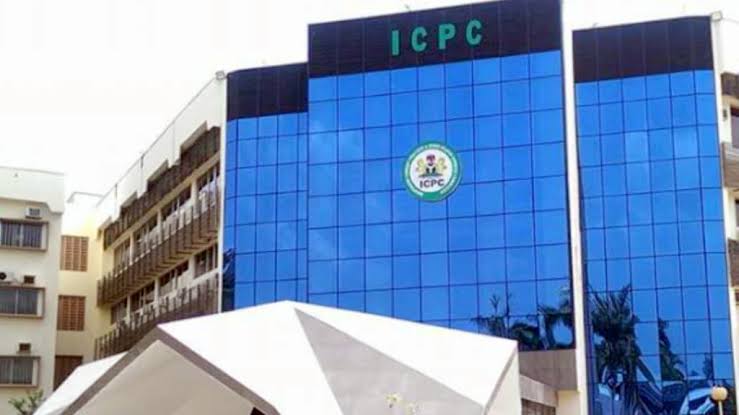 Share on facebook
Facebook
Share on twitter
Twitter
Share on linkedin
LinkedIn
Share on whatsapp
WhatsApp
The Chairman of the Independent Corrupt Practices and Other Related Offences Commission (ICPC), Prof. Bolaji Owasanoye has identified the deployment of technology as crucial to the fight against corruption and outlawed Financial Flows (IFFs).
Owasanoye, made this known at the presentation of demo- hacking solutions by seven innovators at Abuja.
The IFFs Hackathon is an initiative of the ICPC and the National Information Technology Development Agency (NITDA) with support of the Ford Foundation, West Africa.
The demo hacking solutions are aimed at curbing corruption and IFFs in government budget and Ministries, Departments and Agencies (MDAs) procurement processes in Nigeria.
In his welcome remarks, the ICPC Chairman stated that the role of technology would not be underrated in the fulfillment of the commission’s mandate of investigation and prosecution of breaches of the law.
“Technology is crucial to eliciting, analysing and preserving evidence for prosecution. In the past three years, the commission has invested in technology to enhance its forensic capability and trained staff in digital documents analysis, handwriting analysis, polygraphic technology, and sundry skills.
“In the past fifteen years, the government has generally invested in technology to fight corruption, especially by prevention.
“The role of the Integrated Payroll and Personnel Information System (IPPIS), Government Integrated Financial Management System (GIFMIS), Treasury Single Account (TSA), Open Treasury Portal (OTP), establishment of Nigerian Financial Intelligence Unit (NFIU) and the private sector initiated Bank Verification Number (BVN) has contributed in no small way to reducing corruption,” he said.
He emphasised the need for collaboration by law enforcement agencies in the deployment of more technology to help in reducing the opportunity for money laundering.
“Appropriate technology deployment would have given law enforcement agencies, administrators and regulators of the process adequate leverage to know what school-feeding funds were being used for.
“Technology penetration in Nigeria today makes this very possible. Such platforms would help nip anomalies in the bud and save the government huge sums of money as well as prevent abuse, corruption and money laundering,” he added.
At the IFF Hackathon, Owasanoye explained that it provided an opportunity for the young people to use their creativity and entrepreneurial skills in leveraging on emerging technologies to combat corruption and other unethical practices that impact negatively on the socio- economic fortunes of the nation.
He assured that the anti-corruption agency, the NITDA and the Ford Foundation would further work on the demo hacking solutions presented by the young innovators.
“The demo hacking solutions will be interrogated further, fine-tuned and a demo will be developed and followed by a test run,” he noted.

The Minister of Education, Mallam Adamu Adamu, advocated clear policies by the government in the fight against corruption.
The minister, who was represented by a Deputy Director in the ministry, Mr. Kashim Ibrahim, said recovered funds from the proceeds of corruption would be used by the government to address critical needs.

In his remarks at the Hackathon, the Director General of NITDA, Mr. Kashimu Inuwa Abdullahi, said the innovative ideas would assist in the realisation of the objectives of the digital transformation agenda of the government.

“The initiative relates to three of the pillars of the National Digital Economy Policy and Strategy (NDEPS) of the Federal Ministry of Communication and Digital Economy.

“The relevant pillars are digital innovation and entrepreneurship, promote indigenous content, emerging technologies and digital transformation on the part of the NDEPS while on the part of SRAP are digital services development and promotion, indigenous content development and adaptation and digital society and emerging technologies,” said Abdullahi, who was represented by Mr. Oladeji Olayemi.

The Regional Director, Ford Foundation (West Africa Office), Dr. Chichi Aniagolu Okoye, expressed the Foundation’s excitement with the Hackathon idea because of its importance to the fight against Corruption in the country.

She commended the ICPC for initiating the project and added that the Commission had rebuilt her confidence in the government’s ability.

She congratulated the participants for their innovative ideas.

The highlight of the programme was the presentation of the demo hacking solutions as a digital answer to diminishing corruption in school feeding programmes by seven innovators.

The young innovators were tasked to come up with clearly defined ideas and prototype solutions to checkmate IFFs with emphasis on leveraging emerging technologies.

Three winners emerged after the demo and received various sums of cash prizes.

The winners include second runner up, Expose Solution; first runner up, IFFMER, and the winner, E-procure.

Owasanoye and Dr. Aniagolu presented cash prizes of N500,000, N1 million and N1.5 million to the representatives of Expose Solution, IFFMER and E-procure, respectively, a statement by the commission said.