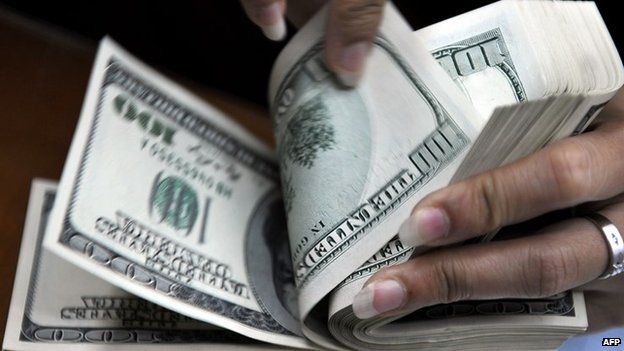 The changing faces of money: what was, what is, and what is to come?

Ever struggled to get a hang of why money makes a myriad of value exchanges possible without having an intrinsic value of its own? Well, you are not alone in this boat, but the need to preserve the fluidity of money, in tandem with immutability of human ideas, dispensations and ways of doing things should suffice as a justification for why this is so.

Money is an object, that has a value placed on it, which allows for the trade of goods and services. Some money, such as metal coins, has actual value in terms of the materials used. However, paper money is more common in the modern world and typically has no real value. Throughout the evolution of money, currency has taken several different forms.

When Was Money Invented?

Before money was invented, people bartered for goods and services. It wasn’t until about 5,000 years ago that the Mesopotamian people created the shekel, which is considered the first known form of currency. Gold and silver coins date back to around 650 to 600 B.C. when stamped coins were used to pay armies. Some evidence suggests that metal coins may be as old as 1250 B.C.

How Humans Operated Before the Invention of Money

When there was no currency, people traded goods and services for what they needed. One farmer might trade livestock for vegetables, while another may trade labor or lumber for livestock. These transactions were the early building blocks of our modern economy and would go on to create the future of money the world knows today.

The history of bartering dates all the way back to 6000 B.C. when Mesopotamian tribes introduced the concept to the Phoenicians. Goods were exchanged for each other in the absence of money, including things like tea, salt, weapons, and food. As time went on, bartering continued to evolve, with Colonial Americans trading pelts, crops, and muskets.

The first metal money dates back to 1000 B.C. China. These coins were made from stamped pieces of valuable metal, such as bronze and copper. Early iterations of coins were also used by ancient Greeks, starting around 650 B.C.

Over time, these coins would evolve to be made from the silver and gold we associate with money today. Coins were a huge milestone in the history of money because they were one of the first currencies that allowed people to pay by count (number of coins) rather than weight.

Throughout history, there have been lots of different coins used in different regions. In about 500 B.C., the first round of coins were created and stamped with gods and emperors for authenticity. In 800 AD, Charlemagne issued the silver penny, which was the standard coin in Western Europe from 794 to 1200 A.D.

By the mid-13th century, the shilling and pound became widely used to describe larger amounts of pennies. As the value of currency has changed over the years, the creation of larger forms of currency has been an important part of the history of money.

While the first paper money was created in China in 700 to 800 A.D., it would be a long time before paper currency was commonly used. According to Brittanica.com, the first country to use paper money was China, but it was only used until about 1455. The lighter weight of paper money allowed for international trade, which created both problems—distrust and currency wars—and opportunities—the ability to trade in new places for new goods.

After China stopped using its paper money during the mid-15th century, coins once again became the most popular form of money in the country and in the world. Later, paper currencies became the mainstay and has been major form money existed before the coming of digital currencies

Digital money (or digital currency) refers to any means of payment that exists in a purely electronic form. Digital money is not physically tangible like a dollar bill or a coin. It is accounted for and transferred using online systems. One well-known form of digital money is the cryptocurrency Bitcoin.

Digital money can also represent fiat currencies, such as dollars or euros. Digital money is exchanged using technologies such as smartphones, credit cards, and online cryptocurrency exchanges. In some cases, it can be converted into physical cash through the use of an ATM.

Virtual currency is a type of unregulated digital currency. It is issued and controlled by a private issuer instead of a central bank. Therefore, it is not subject to any monetary policy. A virtual currency can be either centralized or decentralized. Some virtual currencies contain cryptography, and some do not.

Cryptocurrency refers to a type of virtual currency that implements cryptography technology to secure and authenticate currency transactions. Cryptocurrencies depend on blockchain networks. Hence, cryptocurrencies are decentralized virtual currencies. With the level of growth and spread of the bitcoin, ethereum, the dogecoin and the rest, even my 5-year old nephew knows where the future of money lies

According to the Federal Government, the Nigeria-Niger Republic rail project will increase trade and other

The European Union says its €102.5 million humanitarian aid will benefit Nigeria and other countries

Frank Lampard has spoken out on Instagram after being fired by Everton on Monday. The