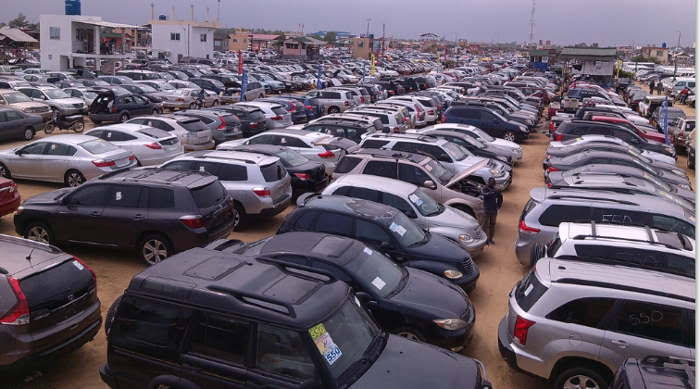 The Nigeria Customs Services has allegedly sold about 6,000 impounded vehicles and other items to selected firms and individual, The Punch has learnt.

The auction of the vehicles, it was gathered, was done without open competitive bidding, contrary to the Bureau of Public Procurement Act, 2007.

The vehicles were allegedly branded as scraps and sold at giveaway prices through direct auction allocation.

Regarding the disposal of public property, section 55 (3) (5) of the BPP Act stipulates, ‘’The open competitive bidding shall be the primary source of receiving offers for the purchase of any public property offered for sale.

“For the purposes of this Act, public property is defined as resources in the form of tangible and non-tangible assets (ranging from serviceable to the unserviceable).’’

Reliable sources told our correspondent that the NCS had been selling impounded goods and contrabands without following the stipulated procedures.

Instead of selling the confiscated goods through public auctions as mandated by the law, it was learnt that the service had been carrying out what it called direct auction allocation of vehicles, machinery, equipment, electronics, clothing materials, foodstuffs and other contrabands to selected dealers.

A source said, “So far, about 6,000 vehicles have been sold to their cronies through the so-called direct auction allocation. The vehicles, which could have fetched the government huge revenue, were sold as scraps at giveaway prices.

“We all know that it is a ploy to enrich their favoured contractors at the expense of the government. The government is being denied the revenue it would have realised from open competitive auctions. If this government is serious, the Comptroller-General of Customs, Hameed Ali should be answering tough questions from either the Economic and Financial Crimes Commission or the National Assembly by now.”

The Punch could not confirm the claims that 6,000 vehicles were sold but a letter from the NCS to a company, AMEX West Africa Limited and dated March 25, 2022, indicated that 338 vehicles were sold for N3,380,000 through direct auction allocation by the Nigeria Customs Services’ Committee on Direct Disposal of Condemned Scrap Vehicles and other Items in Abuja.

The letter, with reference number: NCS/ADM/MGT/012/S.2/C, signed by the Chairman, Direct Disposal of Scraps Committee, Comptroller A.D Sanusi, was titled, ‘Direct auction allocation of scrap vehicles and other items.’

It read, ‘’I am directed to inform you that the Comptroller-General of Customs, acting on the provisions of Customs and Exercise Management (Disposal of goods) Act, CAP C46, Laws of the Federation of Nigeria, 2004, hereby allocates the under-listed 338 lots of various scrap vehicles domiciled at Katsina State Area Command to your company as auction sales for the purpose of disposal, smelting and fabrication into raw materials for production valued at N3,380,000 only.

“All vehicles disposed of must be evacuated from the premises within 10 working days after payment or risk forfeiture. Furthermore, you are to note the following: Application for replacement of allocated vehicles would not be entertained. All allocation letters transferred or sold by the allottee to a third party shall be at the buyer’s risk.’’

Another letter from the committee dated September 5, 2022, similarly allocated 53 vehicles to Nak Metal Steel Limited at a cost of N530,000.

The section cited by the NCS to justify the sale read in part, ‘“For the purposes of this Act, the Director (CG) shall generally have the power to sell or otherwise dispose of any goods forfeited pursuant to Section 1 of this section, and shall, in particular, be concerned with the functions;

“of determining the best method of sale or disposal of the goods; and where the goods are to be sold;

“of ensuring that such reasonable prices as may be determined by the Director are obtained in the course of such sale or disposal, and of appointing through tender (where necessary) any person or agent to buy or conduct the sale or disposal of the goods; and

‘’of ensuring that the goods shall not under any circumstances be sold or otherwise disposed of to any importer to whom the goods are or have been consigned or to any person, firm or agent connected therewith.”

Further investigations indicate that 15 other companies also benefitted from the NCS’ alleged bazaar. They were allocated 45 cars altogether.

Garbadau Global Services equally benefited from the exercise as it was allocated three Hijet pick-up vans parked in Kano at a cost of N150,000.

But the Nigeria Association of Auctioneers has kicked against the unilateral disposal of forfeited goods by the NCS, insisting that it is illegal.

The NAA President, Alhaji Musa Kurra, alleged that the Nigeria Customs Service had been carrying out illegal sales of seized goods without involving auctioneers.

He queried the direct auction allocation system being used to dispose of the forfeited goods, arguing that there was nothing like that in the BPP Act guiding the disposal of public assets.

The NAA President criticised the delay in auctioning forfeited items, which he said were losing their value.

He stated, “We all know that the government needs funds badly to execute some of the major projects they have started but many forfeited properties are wasting away.’’

Reacting however, the spokesperson for the NCS, Timi Bomodi, told our correspondent that the agency had always auctioned vehicles through a portal on its website, insisting that the agency followed due process in all its activities.

Asked why the Customs made direct auction to some selected car dealers recently, Bomodi replied, “Publish what you have, at least the people (dealers) are not faceless individuals, they will come and say, ‘yes, we bought cars from Customs.’

“If we say we have a portal for the auctioning of vehicles and somebody says about 6,000 cars were auctioned to dealers, it is better they publish it and we are made to know; embarrass us with the facts so that we know how to take action.

“There is a portal for auctioning of vehicles and we’ve been doing it. It is not just starting today. It is official, just go to our website and you will see the auctions there, including all the cars that they auctioned there. It is not a secret.”

Meanwhile, when the Bureau of Public Procurement was contacted for a reaction on the matter, its spokesperson, Janet McDickson, requested that a formal letter be written to the BPP, explaining the issue.

“Sorry I could not pick up the calls. You can please explain and write formally to the office,” she stated.

The NCS has been auctioning vehicles publicly through its website, for instance in July this year, it reportedly confirmed plan to auction 7,000 uncleared vehicles.

It was reported that thousands of imported vehicles, which were not cleared, in Lagos State might be auctioned by the agency, if the owners failed to comply with the recently introduced Vehicle Identification Number valuation policy.

The NCS Area Comptroller of Ports Terminal Multiservices Limited, Festus Okun, had reportedly put the number of the vehicles manufactured before 2013 that could be auctioned at 7,000, though some importers argued that the figure was higher.

Also, the NCS Public Relations Officer, Tin-Can Island Port,  Uche Ejesieme, had reportedly stated that the vehicles would be moved from the ports and bonded terminals to the government warehouse in Ikorodu for auctioning.

This, according to him, would happen if the importers of the vehicles failed to pay the right duties as required by the VIN after 90 days.

He had explained that the movement of the vehicles would begin once the terminal operators generated Uncleared Cargo Lists to enable the NCS to declare the overtime cargoes.

Ejesieme also stated that the service needed space inside the ports to facilitate legitimate business.

He had told a newspaper that so many factors were responsible for the huge number of vehicles inside the ports, as it was not just about the VIN.

The Customs official stated that the agency needed the space inside the port to transact legitimate business, adding that the terminal operators had yet to give the NCS the uncleared cargo lists at the time.

The list, according to Ejesieme, would tell the exact number of vehicles inside the port as he emphasised that the vehicles were many.