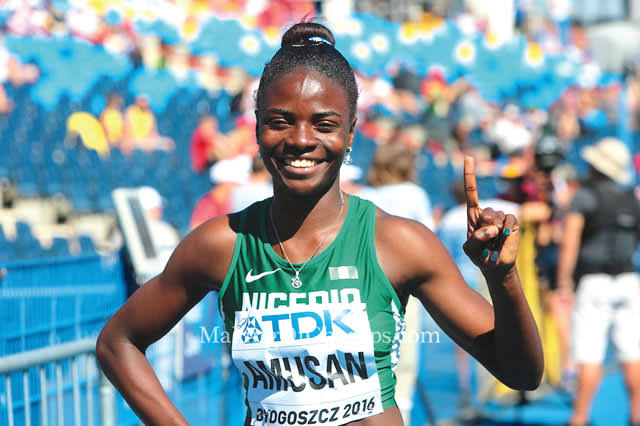 Reigning Nigerian Commonwealth and World champion, Tobi Amusan, ended her historic and record-laden year 2022 with another record, as she successfully defended the Diamond League title she won last year.

It is her second fastest legal time ever over the high hurdles after the 12.12 seconds world record she ran in Oregon, U.S., venue of the World Championships. It is also one hundredth of a second faster than the 12.30 seconds record she ran to successfully defend her Commonwealth Games title last month in Birmingham, United Kingdom.

The Nigerian has now successfully defended four titles this year.

For her efforts, Amusan has been crowned the Diamond League champion and awarded a Diamond Trophy in addition to the $30,000 top prize money, as well as a wild card entry for the World Athletics Championships next year in Budapest, Hungary.

Tia Jones, who came second behind the Nigerian last Sunday at the ISTAF 2022 in Berlin, ran 12.40 seconds, while Britany Anderson of Jamaica was third in 12.42 seconds.

This would be Amusan’s sixth win in 14 appearances against Camacho-Quinn, who ran a new 12.27 seconds personal best to win in Brussels last week.

The year 2022 has been a historic one for Amusan.

She started the year by successfully defending her African Championships title in Mauritius in June before travelling to Paris to smash her 12.42 seconds African record.

Amusan ran 12.41 seconds at a Diamond League meeting in Paris before storming Benin City, Nigeria, to rewrite the 12.63 seconds Nigerian Championships record set in 1997 by Angela Atede in Lagos.

The reigning African champion ran 12.58 seconds to add the championships record to her collections before going to the biggest stage in world athletics to achieve a legendary status.

Amusan produced one of the biggest surprises of the World Championships when she sped to a world record of 12.12 seconds in the semifinals of the 100m hurdles, following it with a wind-assisted 12.06 seconds in the final to win gold.

She went on to win the Commonwealth Games title in a Games record of 12.30 seconds and in the process became the first Nigerian track and field athlete to successfully defend an individual title at the Games.