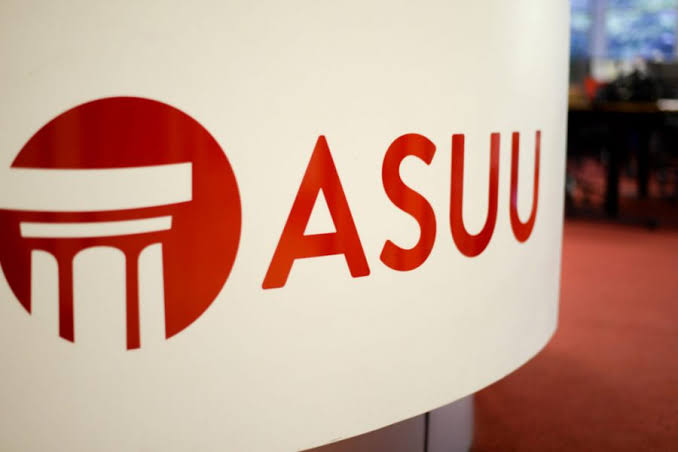 The Academic Staff Union of Universities (ASUU) on Tuesday, raised the alarm that “undertakers of privatization” who are within the Federal Government, are positioning themselves to take over public universities from the reach of the children of the masses.

The Ibadan Zone of the union in a release by the Zonal Coordinator, Prof. Oyebamiji Oyegoke, issued in Ibadan, said unless Nigerians join ASUU to struggle and deliver public funded universities to the children of the masses, agents of privatization of public universities have concluded plans to deny the children of the common man access to qualitative education and make them serve their children learning in foreign universities.

He said, “What is unveiling before us is deceit, and readiness to bring university education to its kneel after which the undertakers of privatization will take over; no wonder, the increasing number of private universities and polytechnics against the depreciating and fastly decaying number of same in public institutions.”

According to the Ibadan Zone of ASUU, the demands of the union are not self-serving but altruistic, stating “as a body of intellectuals, our Union demands for repositioning of our universities for greater efficiency in national development and technological advancement; massive and sustained funding for our universities; a reversal of apparent decay in the university system; and enhanced and competitive remuneration for overworked academic staff in Nigerian Universities. Nigerians should join ASUU to ask the Federal Government of Nigeria to tow the path of honour by respecting the agreement it freely entered with our Union”

Oyegoke maintained that President Muhammadu Buhari, is leaving a legacy of tragic epigram on education in Nigeria, noting that it is a sad commentary that a government which was brought into power by a popular mandate of the teaming Nigerian masses has turned full cycle against a key agent of development like the education sector.

According to him, “We are pained as a Union to observe this government, which is on its way out, keeping a date with history as it struggles to scribble a tragic epigram on our education sector. What a legacy to leave.”

While insisting that the Ibadan zone joined the leadership of the union to reject what he called disrespectful and demeaning award of money and jettisoning collective bargaining in arriving at what the Federal Government presented to the Union, he maintained that the Union of intellectual will not be caged.

“The main issue, involved in the current ASUU travails is about living up to responsibility or the abdication of it. If government is not a continuum, ASUU as a body of intellectuals would not have been insisting on re-negotiating and implementing an agreement reached and signed with it since 2009 by Federal Government of Nigeria. An agreement reached with FGN whose re-negotiation ought to have commenced in 2012, did not take off until 2017 under Dr. Wale Babalakin (SAN) who was challenged majorly by ASUU for recommending that students in Nigerian Universities should pay up to a million Naira per session as tuition fee.

“The recommendations of Munzali Jubril Committee’s of 2020 were equally rejected by FGN. This Committee was replaced lately by Nimi Briggs’s Committee in March, 2022. For crying out loud, FGN has its mind made up ab initio. All ASUU’s patriotic yearnings to repositioning public universities, whether Federal or States to serve as agents of developmental transformation do not cut any ice with FGN. A fundamental question to ask is: were Emeritus Professors Munzali Jibril and Nimi Brigg’s Committees not set up by FGN ?. Let us take the first committee. Prof. Munzali’s Committee was inaugurated in December, 2020 by Mallam Adamu Adamu on behalf of FGN who clearly declared during the Committee’s inauguration this statement, “Government is determined to, within available resources, provide the requisite environment, infrastructure as well as improve the conditions of service for all categories of staff in Nigerian universities.”

“This statement is an admission of some of the objectives which ASUU Re-negotiated Agreement set out to achieve. Such referencing is clearly an affirmation of ASUU’s principled position in reforming the Nigerian University system. It is important to note that a committee that was composed of eminent Pro-Chancellors of State and Federal Universities; Advisers like Executive Secretaries of NUC, TETfund and Chairman, Committee of Vice-Chancellors of Nigerian Universities; and observers, coming from representatives of Federal Ministries like Labour and Productivity, Finance and Budget Planing, Justice, Salaries, Income and Wages, etc; any government which discountenance the findings of such robust assemblage will at best be described as deceptive and unpatriotic.

“To set up another committee, within a space of a little above two years headed by another Emeritus Professor, Nimi Briggs, is not only duplicitous, but a portrayal of lack of seriousness which typifies all level of governance in Nigeria. That, the recommendations of Nimi Briggs’s Committee were set aside could only mean a deterministic mind of abuse of power and lack of concern for the future of University System in Nigeria. If all that ASUU got for stagnating on same salary for more that 13 years was mere 35% (N60,000) salary increase for its Professors and another 23.5% (N30,000) for Senior Lecturers and below, the question arises of what the equivalent workers in public service earn as compared to the miserly offer by the government.”