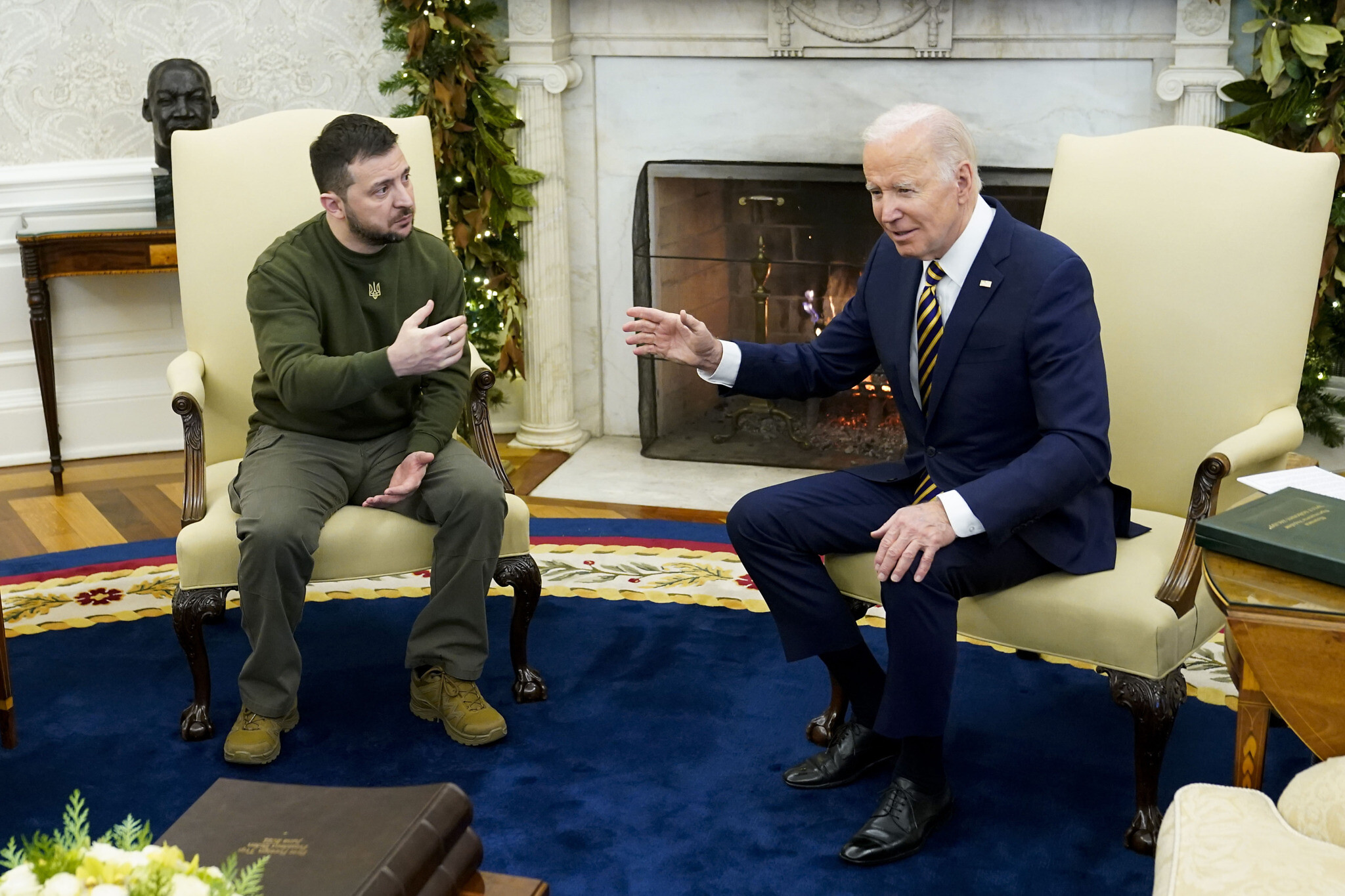 United States Plans To Support Ukraine With Arms And Ammunitions Worth Of $2.5bn.

The United States has announced a massive new package of arms and munitions for Ukraine on Thursday as the country’s Western supporters seek to boost its armored forces.The package does not feature Western battle tanks requested by Kyiv, but includes 90 Stryker armored personnel carriers, an additional 59 Bradley Infantry Fighting Vehicles, Avenger air defense systems, and large and small munitions, according to a Pentagon statement.”The 59 Bradley IFVs included in this package, together with the 50 Bradleys previously committed on January 6, and the 90 Stryker APCs will provide Ukraine with two brigades of armored capability,” it said.

An initial 50 Bradleys were included in a more than $3 billion package announced last week.

The United States and other countries have made several large donations of armored vehicles to Ukraine, but with the exception of Britain have not pledged to provide modern Western tanks.

Britain promised last weekend that it would send Challenger 2 tanks to Ukraine, while Germany said last week that it would provide Marder armored vehicles, and France has promised to supply AMX-10 RC light tanks.

The United States has said it is reluctant to provide its Abrams tanks to Ukraine due to difficulties with maintenance and training.

According to a senior US lawmaker, Chancellor Olaf Scholz told US congressmen that Germany would supply heavy tanks to Ukraine if the United States did likewise.

Although Germany has been cautious about providing heavy weapons for Ukraine, Scholz is facing mounting pressure within Europe to authorize exports of German-made Leopard tanks.

Berlin left the door open to letting allies supply Ukraine with the tanks, saying late Thursday it would “become clear in the next few hours or tomorrow morning.”

Asked about the thinking behind the rise in the number of armored vehicles being promised to Kyiv, US Undersecretary of Defense for Policy Colin Kahl told journalists on Wednesday that they are needed to help Ukrainian forces defeat increasingly heavy Russian defenses.

The aim is to “enable them to change that dynamic with these kind of static defenses by being able to fire and maneuver through the use of more mechanized forces,” Kahl said.

The latest US package — which was announced the day before a major aid meeting in Germany — brings Washington’s total military assistance to Ukraine since Russia’s February 2022 invasion to more than $26.7 billion.