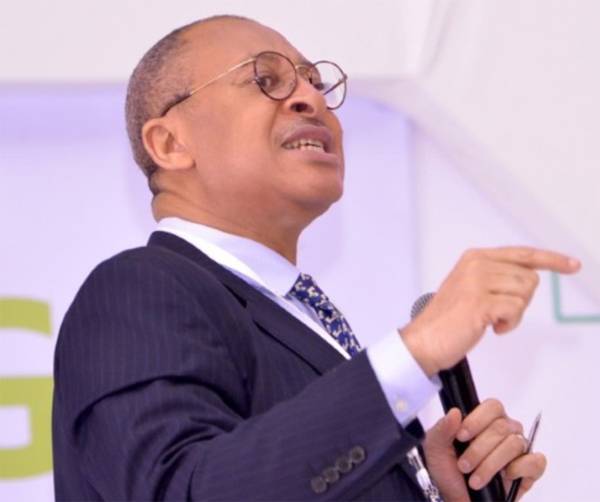 Speaking in Lagos at the inauguration event, Professor Utomi stated that the Independent Campaign Council is designed to overcome environmental challenges in the execution of campaign goals to reach the grassroots of the country, re-orientate politics and take back the country for the good of many.

Charles Odibo, Director of Media and Communications for the Big Tent Independent Campaign Council, quotes Professor Utomi as stating that this “emanates from the fact that the Big Tent is a coalition of political parties, social movements, Peter Obi support groups, and civil society organisations that constitute the Third Force for national retrieval and transformation.”

Members of the Big-Tent Obi-Datti Independent Campaign Council, who have been chosen primarily because of their competence, passion and commitment to the unity and security of Nigeria and advancing the wellbeing of the people, will support the drive for an issues-based campaign to liberate Nigeria in 2023, Utomi emphasized.

Utomi who also leads the Collegial Leadership Council, which consists of the heads of the founding political and social movement groups that consist of the Big-Tent, reiterated that given the troubling state of governance in the country “at a time when there are large areas of ungoverned spaces, ways and means money creation are repeatedly violating the law and setting the country on the course of surging inflation; oil theft and the production of oil at close to half of our OPEC quota, has driven up the misery index from an already negative pole position of the poverty capital of the world, an issues-based campaign is imperative and must commence immediately because a New Nigeria is possible.”

Chairman of The Big-Tent Obi-Datti Independent Campaign Council (BOICC), Mr. Emmanuel Ijewere, a foremost accountant and past president of the Institute of Chartered Accountants of Nigeria (ICAN), added that the Campaign Council consists of “several workgroups designed to deliver both issue-based campaign and grassroots mobilization of the Obidient Movements into a harnessed Polling Unit formation to guarantee that Labour Party wins the 2023 Presidential Elections.”

In his brief remarks at the inauguration event, Ibrahim Huseni Abdukarim, Director General of the Big-Tent Campaign Management Team (CMT), which consists of the team of Directors and Liaison Officers entrusted with the daily task of managing the entire campaign process on behalf of the BigTent Campaign Council, promised to expand the support base of the Labour Party Presidential ticket to the nation’s rural areas by adopting door-to-door, hamlet-to-hamlet campaigns, visitations, voter sensitization, outreach meetings amongst others.

Among the key leaders of the Big-Tent Obi-Datti Independent Campaign Council is a former Secretary-General of the Northern Senators’ Forum, Senator Saidu Dansadau, who will serve as Vice Chairman of the Campaign Management Team (CMT); former Deputy President of the Nigeria Labour Congress, Barrister Promise Adewusi as CMT Secretary; and Salvation Alibor as the Deputy Director General/ Gen. Liaison of the CMT.

As part of the Campaign Management Team, Professor Utomi also inaugurated a College of Spokespersons from every state of the Federation to deepen the Peter Obi ampaign communication to the grassroots, as the ObiDatti Campaign engages the voting public with alternative, but superior solutions that will result in a shift from revenue-bating and conspicuous consumption emphasis to a production culture that will lift up the quality of life of Nigerians.

These spokespersons will also effectively communicate the efforts of the Big Tent for Peter Obi Campaign, as the Labour Party candidate leads the College of Leaders working together to win the 2023 Elections so Nigerians can take back their country through what is truly a government of the people, for the people and by the people.