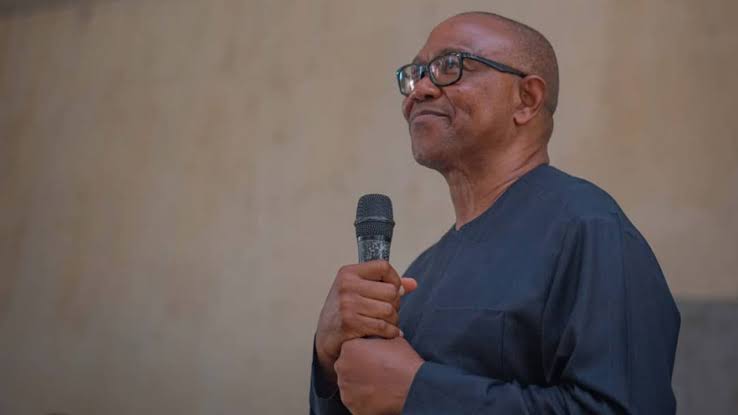 They advised Wike not to leave the former Anambra State governor (Obi) who is much younger than his two other main rivals.

Chairman of the association, High Chief Felix Ogbegbor, made the call during a media briefing in Port Harcourt.

Ogbegbor said Wike should not make the mistake of supporting the candidates of the Peoples Democratic Party, Atiku Abubakar, and that of the All Progressives Congress, Bola Tinubu, saying they have nothing to offer the country.

They explained that as governor of Anambra State, Obi performed well and left a clean record, pointing out that he has a better agenda to reposition the country.

Ogbegbor, noted that among the three candidates fielded by the APC, PDP, and LP, that Peter Obi stands out and is most preferred because of his record of performance and integrity, hence their call on Wike to support him.

He said Nigeria currently doesn’t need a leader above 70 years old, saying Tinubu and Atiku cannot lead the nation out of its current economic and security challenges.

He said, “I think Peter Obi is the best person that Wike should support. Atiku Abubakar and Bola Tinubu don’t have anything to offer.

“If you look at it, Atiku, when he was the Vice President, he was busy buying Nigeria. Tinubu is out of the race because he bought the whole of Lagos as a governor.

“If Atiku and Tinubu cannot step down, Wike should support Peter Obi. We don’t need an elderly person in that office again. The others are above 70 and we don’t need people now.

“If Wike supports Obi, we will be right behind him,” he said, saying the association comprising non+indigenes across the country has passed a conference vote on Governor Wike.

He said the association would only support and work for candidates backed by Wike, adding that the Governor has demonstrated competence in leadership.

“Governor of Rivers State is a pride of the people. Wike has all it takes to be Nigeria’s president. We are here to support a young man who knows what it takes to please his people.

“Wike for the past seven years we have not seen the kind of development he is driving before. He always attracts good things to Rivers State.

“That is why we have decided to follow him. Whatever he (Wike) says we should do that is what we will do.

“What person he wants to vote we will. Anywhere he goes we will go,” the association’s chairman said.