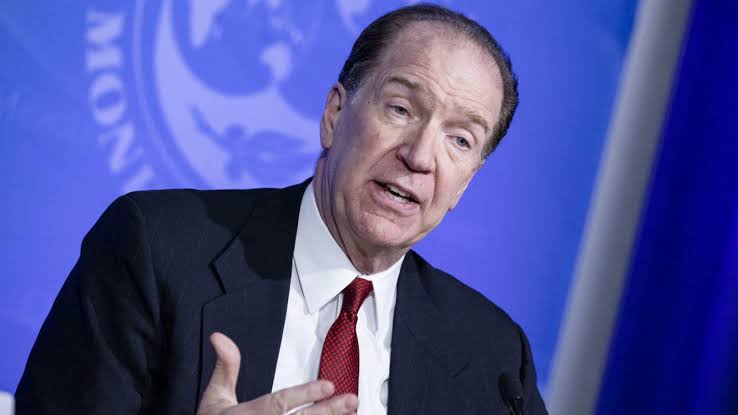 World Bank Seeks Efforts To Monitor The Flows of Arms Into Africa.

The President of the World Bank Group (WBG), David Malpass Thursday identified the devastating flow of arms into Africa with the attendant political fragility as one of the development crisis requiring global efforts to address.

Speaking on ‘The Crisis Facing Development’ at the Stanford Institute for Economic Policy Research (SIEPR), United States of America, Malpass said a tough reality confronts the global economy, and especially the developing world.

According to him, a series of harsh events and unprecedented macroeconomic policies were combining to throw development into crisis, adding that this has consequences for all due to the interlinked nature of the global economy and civilisations around the world.

The World Bank President stated that the macro-economic challenges facing development were consequential and probably worsening.

He said: “But I want to take note that there are many other aspects of the development crisis that also require global efforts. These include the devastating flow of arms into Africa, the consequent political fragility, adapting to climate change, mitigating greenhouse gas emissions, the violence and deprivation facing women and girls, and the severe reversals in education, health, and debt sustainability that I mentioned earlier.”

He stated that the upcoming ‘Poverty and Shared Prosperity’ report suggests that the deterioration in development progress began well ahead of the COVID-19 pandemic.
According to him, the report showed that poverty had steadily declined through the 1990s and 2000s, with progress slowing by 2015, and extreme poverty rising by roughly 70 million when the pandemic hit.

Malpass explained that the report also showed a four per cent decline in global median income, the first decline since the WBG’s measurements of median income began in 1990.
Noting that developing countries were being hit by more frequent and more severe climate-related disasters, he added that man-made greenhouse gas emissions were causing climate change, which he said in turn was having tragic impacts on development in multiple ways.

“Under current policies, global energy production may take years to diversify away from Russia, prolonging the stagflation risk discussed in the World Bank’s Global Economic Prospects report from June 2022.

“These shockwaves have hit development at a time when many developing countries are also struggling in other areas: governance and rule of law; debt sustainability; climate adaptation and mitigation; and limited fiscal budgets to counteract the severe reversals in development from the COVID-19 pandemic, including in health and education,” he said.
Maplass lamented that the human consequence of these overlapping crises was catastrophic.

According to him, the Russia-Ukraine war had brought loss of lives and destruction, adding that the World Bank had mobilised $13 billion in emergency financing from bilateral and development partners, with about $11 billion already disbursed through our projects and trust funds.

He disclosed the bank’s financing to developing countries had expanded dramatically in recent years, especially for climate-related finance, which reached $31.7 billion in 2022.